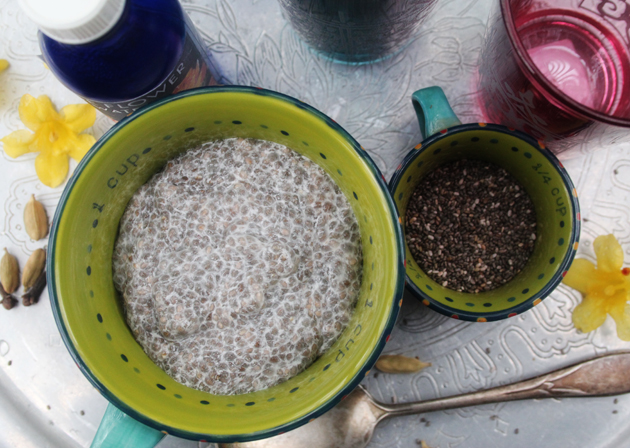 (actually, it's dairy-free monday, but that doesn't read as well.)

on this little journey to plant-based eating (i've been vegetarian, nearly vegan for four weeks!), i've remained almost dairy-free.  i gave in to a couple cheese cravings until meg introduced me to a truly wonderful vegan cheese.  i've also missed the creamy feel of ice cream and kheer.

the other day, a friend shared this post about chia seeds.  i've been sprinkling my salads with chia seeds for a few months and never thought about making a pudding with them.  i followed the basic instructions in the post and played around with some chai spices to try to get that indian rice pudding feel and taste. 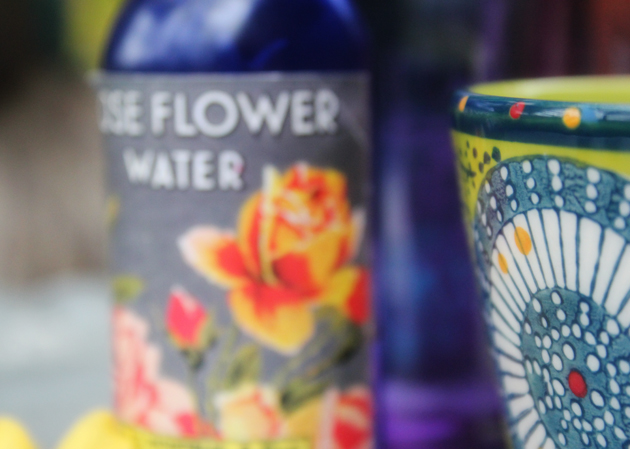 {1}  soak a chai tea bag in one cup of coconut milk for a few hours (i accidentally--or serendipitously--got the vanilla coconut milk and it worked perfectly).  remove the tea bag after a few hours.

{2}  crush three cardamom pods to release their goodness and put in the milk.  add three whole cloves.  stir in 1/8 teaspoon of rose water (this is optional, but it really gives it that true kheer taste). 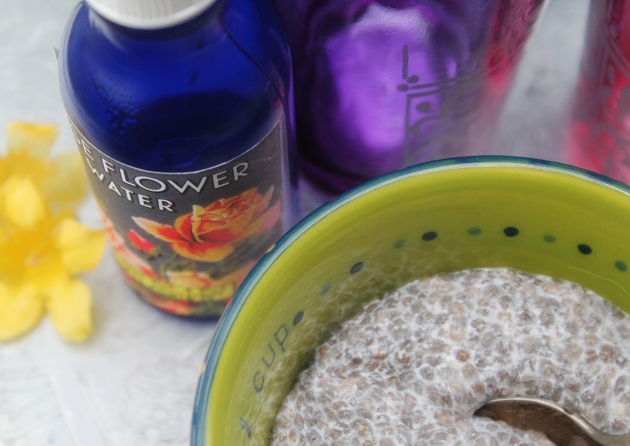 {3}  measure four tablespoons of chia seeds and stir in to the milk.

{4}  put in an airtight glass container and refrigerate overnight. 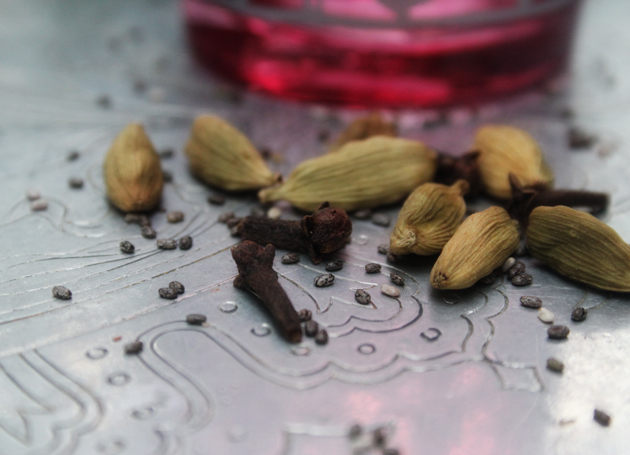 {5}  the next day, your chia seeds will have plumped up with all the milky chai-ness to resemble a rice pudding.

{6}  sweeten with honey or agave nectar.  chopped pistachios would be awesome too. 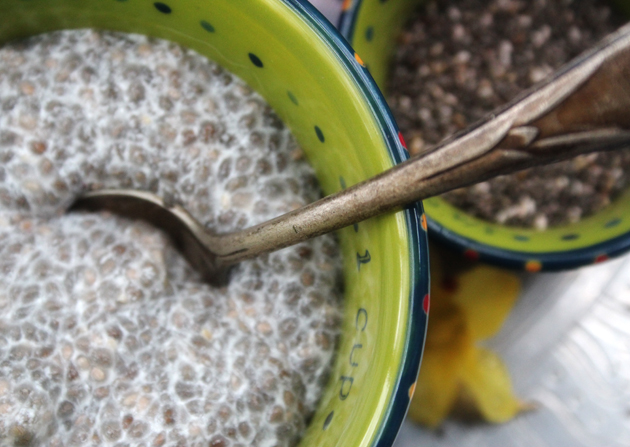 so here's the thing:  it's a bit gel-ish, not quite as tapioca-like as the article suggests.  but once i tasted it, i forgave it its weird texture and unfortunate grey color.  it's amazing!  i had a wee portion of the dish and i was full for hours.
Posted by curious girl (lisa) at 3/26/2012 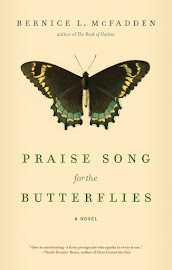