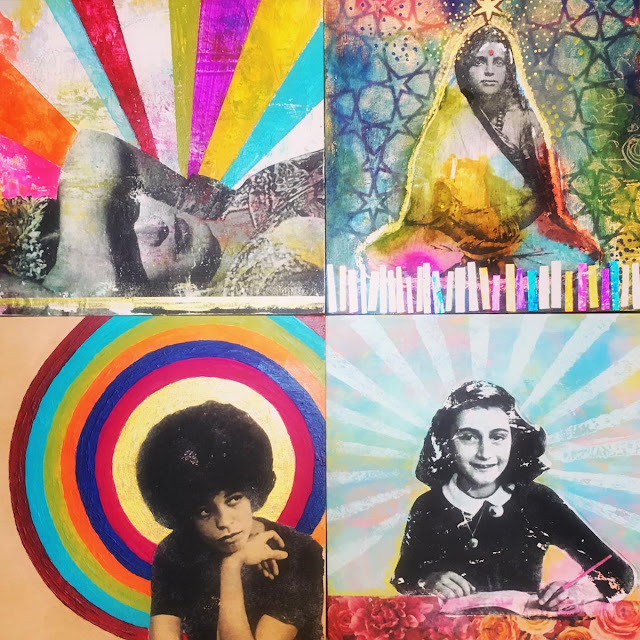 yesterday i completed the fourth piece in an ongoing series of mixed-media work dedicated to my own personal archetypes.  i began a month ago just wanting to pay homage to frida kahlo after i daydreamed about us being friends and the kinds of things we would do together and talk about.  how would she listen to me?  what wisdom would she impart?  how could i make her proud?  i realized pretty quickly that i was actually exploring my archetypes, those women who hold particular resonance for me and who are the ideal personifications of qualities i wish to cultivate and maintain in my self and life.

i allowed the selection of the friends and the creative process to be informed by a current mood, need or memory.  i love the unlikely and powerful gang of heroes that emerged and who comprise the first four. even though they lived in different times and are of different cultures and have such a diverse treasure box of gifts, they all share a courageous and dreamy spirit with which i deeply connect.

i met my husband ken while we were both acting in the play the diary of anne frank.  the play was being produced in my hometown in california and the proceeds were dedicated to the agency i worked for at the time, to create a secure and confidential park where children in foster care could visit outdoors with their biological parents.  as both an actor in the play and a social worker at the agency, i was asked to give a speech at the ribbon-cutting ceremony.

i remember writing and speaking about the commonalities among children, the things that both the foster children and anne frank shared:  resilience, a connection to their parents no matter what, and a deep love of the freedom and light of the outdoors.  anne wrote in her diary, "the best remedy for those who are afraid, lonely or unhappy is to go outside."  it moved me deeply that we were building this space where children and their families could share time outside when that was the very thing that anne longed for while she was hidden in the annex.

i intentionally let her sit and write and smile in the open glorious outdoors in this piece.

friends, i am loving doing this series.  the physical time spent with the paint, photographs, scissors and glue gives space and time for me to ponder my own embodiment of the qualities of these extraordinary women.  i encourage you to spend time thinking about the remarkable humans who inform your life. 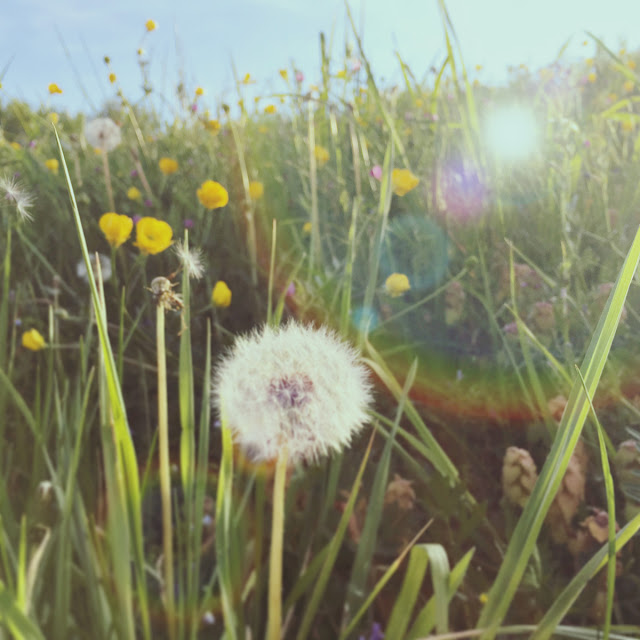 moments of grace this week: